Into The Storm - Anxiety & Faith, Part 6 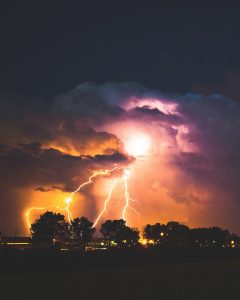 What Jesus didn’t say here was “Let’s go to the middle of the lake and drown.”  There was a storm coming and he told the disciples the destination – the other side of the lake.  So when the storm came Jesus was asleep.  Sometimes I would wonder, during my storm, if Jesus was sleeping.  Why was the storm still raging around me?  I needed to remember that firstly Jesus had told me the destination, I would get there (and be recovered).  Also, that he was there with me in the boat and when he was ready, in his good timing, he would calm the storm.

Sometimes I would wonder, during my storm, if Jesus was sleeping

“Anxiety’s like a rocking chair, it gives you something to do but it doesn’t get you very far.” Jodi Picoult. Rather than concentrating on the storm we should concentrate on what we know to be true about Him.  He’s with us, even in the storm.

Natalie, your devotionals have been a great blessing to me. Thanks for sharing your personal experience.