This is the last part in the “He is Worthy” series.
Focusing on God in difficult circumstances by getting a perspective of who God is.
Catch-up on parts one, two, three & four. 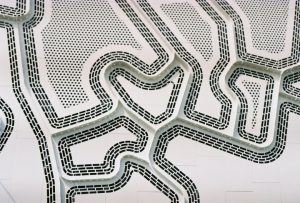 Whilst preparing for this blog, my morning devotionals were in step with the message of “we worship Him for who He is, and despite what we’re going through, He is worthy of praise.” The devotional I am reading is called “The Way of Wisdom” by Timothy and Kathy Keller, and all references in this blog are taken from this devotional. The theme within my devotional was focusing on the life of Job. Job’s story is an interesting one, whereby God allowed Satan to inflict suffering on Job, yet only allowed “Satan enough room to accomplish the very opposite of what he wanted to accomplish”, and Job never knew the reason for his suffering.  A parallel can be drawn to the crucifixion of Jesus, in that at that time no one could see any good, let alone victory, in Jesus’ death. But God had a plan. Unlike Jesus’ death where God’s plan began to be revealed after 3 days, God’s plan was hidden from Job.

Timothy and Kathy introduce two characters – the moralist, and the cynic. Two opposing, views where the moralist argues that right actions are rewarded, whilst unconfessed sin and evil deeds go punished; and the cynic simply stating that even if there is a God, he is not interested and has obviously abandoned you, so you owe him nothing. But neither the moralist, nor the cynic are wise. Sure, there may be times when unrepented sin may be the cause for God’s rebuke, but to believe this as the absolute rule in all circumstances is foolishness. To follow the counsel of the moralist, when trials comes they “will not just grieve you but destroy you because you will feel it is all your fault.”  Job’s counselors, Eliphaz, Bildad and Zophar were moralists, whom God rebukes (Job 42:7), and despite Job’s requests for an explanation from God, when God does speak, “He simply declares that He has created and knows all things – and no one else does.”  Isn’t He awesome!

I have often heard the term ‘freedom in Christ’, and this can mean many things to many people. Good things, such as freedom from sin and false guilt that comes through accepting God’s gifts of grace and salvation. However, to the prosperity Gospel and moralists – freedom in your marriage/finances/career can all be unlocked through living a right life and knowing God. But what I want you to take away, is that despite what you may be going through – God is worthy of praise because of who He is, and don’t let temporary circumstance rob you of the joy of knowing Him. This too is freedom.

Brilliant Andre! Nicely put! I like your blogs especially the science essence.